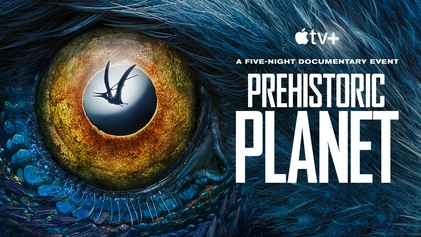 This has by far been the most unusual job I’ve had so far.
Whilst I’m used to travelling to remote and challenging parts of the world, tasked with filming strange and elusive wildlife, never before had I needed to film animals which had been extinct for 65 million years.

The series, produced by BBC Studios for AppleTV+ is by far the most visually impressive, scientifically accurate, and simply entertaining shows produced about (and starring) dinosaurs and other prehistoric animals, well, ever!

With the brilliant minds of Michael Gunton (famous for his work on the biggest BBC bluechip wildlife shows ever made), and globally famous Hollywood actor and director Jon Favreau, backed by an incredible production team, Prehistoric Planet really is a production of quite literally epic proportions.

I worked primarily across two sequences for this series (and had a hand in a few others).
The first being the Pterosaur sequence in episode 1 (coasts), in which I did the drone, as well as a number of land based shots, and also camera assisted with the rest of the shoot.
The other was the Deinocheirus (pictured in the slides above) sequence of episode 3 (freshwater), for which I again did drone, and also operated second camera throughout the shoot, working closely with wonderful DOP, Paul Williams.

If you haven’t yet seen it, check out the trailer for Prehistoric Planet below, or you can watch the full series here on AppleTV+.